Get the Facts on Library Referendum

Emails, social media commentary, robocalls – there’s a lot of misleading and inaccurate information being spread about the Library’s referenda on the March 15 ballot.

For example, the robocalls are being made to voters in the Plainfield Public Library District by Americans for Prosperity, a national conservative political action group. The calls reportedly state a cost of $2,600 for the average homeowner over the life of the $39 million building bonds in the ballot question. This estimated cost assumes that the value of property within the Plainfield Public Library District remains the same for 20 years.

But here at the Library, helping people access accurate information is a critical part of what we do. For that reason, the planning process for the referenda included 22 public meetings over 8 months, a telephone survey and online feedback surveys. Every step of the process was documented on the Building & Expansion Planning web page, with supporting documentation available. This blog also contains posts that address many common questions – and those sources of misinformation.

Edited to add a little more information on the true estimated cost:

The $39 million building bond portion will be paid off in 20 years and automatically be removed from your tax bill. About $12 of the estimated $15 per month increase to the average home ($300,000) is the bond amount. The bond repayment tax rate generally decreases over time as new property is annexed or develops, spreading the fixed payment amount over a larger tax base. The bond rate on the existing Library was 0.1657 in its first year, but dropped to 0.0094 by the final (20th) year.

Don't forget that for every $1 invested in the Library, the community receives $5.93 in services today!


As always, you can call, chat, message, email, text or stop by the Library to get your questions answered!

Posted by Julie Milavec at 4:55 PM 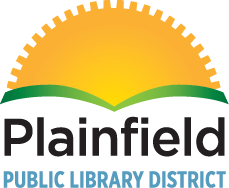 Julie Milavec
I have served as Library Director since 2000. Our library and its services have evolved to meet the unique needs of our community. I am passionate about providing excellent library service to our community – and very proud to work with our dedicated staff who make it happen every day. You can email questions or comments to jmmilavec[at]plainfieldpubliclibrary.org